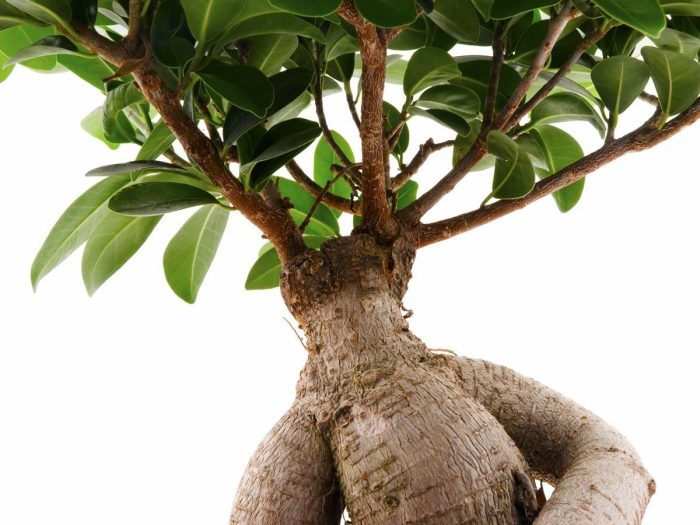 The Ancient History of this Powerful Herb

Ashwagandha is an incredibly healthy medicinal  ayurveda herb and it can help your body manage stress.Aswhagandha also provides all sorts of other benefits for your body and brain.“Ashwagandha” is Sanskrit for “smell of the horse,” which refers to both its unique smell and ability to increase strength.Banyan’s Ashwagandha is USDA certified organic.

Regardless of the name you use to describe this adaptogenic herb, it delivers potential benefits to you by…

Researchers have shown that it promotes antioxidant activity that protects nerve cells from harmful free radicals. Although ashwagandha has traditionally been used to boost memory in Ayurvedic practice, at this point there is only a small amount of human research in this area.In a controlled study, researchers who gave healthy men 500 mg of the herb daily reported significant improvements in their reaction time and task performance, compared to men who received a placebo .

Ashwagandha has long been used as a remedy for diabetes in Ayurvedic medicine. Research on the use of Ashwagandha in the treatment of diabetes indicated positive results. Experiments showed that blood sugar levels during fasting and post-lunch
decreased significantly when Ashwagandha was comsumed for a period of four weeks.In a small study of 6 people with type 2 diabetes, supplementing with ashwagandha for 30 days lowered fasting blood sugar levels as effectively as an oral diabetes medication .

Ashwagandha may reduce blood sugar levels through its effects on insulin secretion and sensitivity.

Ashwagandha is also believed to possess anti-stress properties. Traditionally, it had been administered to induce a soothing and calming effect on a person. The active ingredient that is responsible for this activity is still unknown, but various anti-stress properties have been observed in research experiments. The results of the study showed that Ashwagandha led to significant reduction in levels of stress in animals put under extreme temperature variations.

4. Ashwagandha helps to stimulates the Thyroid

In cases of hypothyroidism, Ashwagandha can be used to stimulate the thyroid gland. A study on Ashwagandha’s effects on the thyroid gland revealed that the root extract, if given on a daily basis, would increase the secretion of thyroid hormones.Ashwagandha is a superstar when it comes to improving the health of your thyroid.

One of the most incredible aspects about adaptogenic herbs like ashwagandha is that it can help people with both hypo and hyper thyroid issues.  It has been shown to support a sluggish thyroid for people diagnosed with Hashimotos, and has been shown to improve the health of those with an overactive thyroid or Graves disease.

ashwagandha may benefit thyroid function because it greatly reduced lipid peroxidation by promoting scavenging of free radicals that cause cellular damage.  These results prove ashwagandha can be useful in treating hypothyroidism.

There are currently millions of people who struggle with thyroid problems (many who don’t even know it) and ashwagandha may just be the solution they are searching for.

5. Ashwagandha help to prevent or stop the growth of Cancer

A research study has termed Ashwagandha as an emerging and novel alternative in the field of oncology because of its cancer killing properties, in association with radiation therapy and chemotherapy. It is also of interest because it is known to reduce the side effects of chemotherapy without interfering with the tumor cell-killing activity. Animal research showed the ability to decrease a lung tumor. There are encouraging findings that suggest the herb has potential to slow human cancers including breast, lung, kidney, and prostate.

Researchers at Newcastle University(test -tube study-ashwagandha inhibits alzheimers) have found that ashwagandha inhibits the formation of beta-amyloid plaques. These plaques, considered toxic to brain cells, accumulate in the brains of people with neurodegenerative diseases, such as Alzheimer’s. Because the studies were conducted in test tubes, however, researchers emphasize that more testing is needed.Moreover, the study showed that rather than altering brain chemistry directly, ashwagandha boosts a protein in the liver. This protein clears amyloid from the brain

A staple of ayurvedic medicine, ashwagandha restores energy, fights disease and promotes healthy sleep. It’s been used as a medicinal herb to treat the body and mind for over 3,000 years. Recent studies indicate that one of the benefits of Ashwagandha is that it can improve memory. But may be it can treat Alzheimer’s.

Ashwagandha has been found to be effective in dealing with a variety of rheumatologic problems. The herb is known to act as a cyclooxygenase inhibitor that decreases inflammation and pain. The research conducted at the Los Angeles College of Chiropractors suggests that Ashwagandha has anti-inflammatory properties that come from the alkaloids, saponins, and steroidal lactones found within it.Studies in humans have found that it increases the activity of natural killer cells, which are immune cells that fight infection and help you stay healthy

8. Ashwagandha helps in bringing down Blood Cholestrol and Trglycerides

Ashwagandha, with its anti-inflammatory, anti-oxidant, and antistressor properties, is good for cardiovascular health problems. It strengthens the heart muscles and can  also control cholesterol. A study at the University of Arizona indicated that it possesses hypolipidemic properties bringing down blood cholesterol levels.

Ashwagandha may help reduce the risk of heart disease by decreasing cholesterol and triglyceride levels.

Ashwagandha has been found to be useful in improving muscular strength of the lower limbs and weakness. It also has a positive impact on neuro-muscular coordination.

Research studies have showed that the consumption of Ashwagandha led to significant modulation of immune system reactivity and prevented myelosuppresson in mice induced by immunosuppressive drugs. It was also observed that Ashwagandha increased the red blood cell, white blood cell, and platelets count.

Cortisol is known as a “stress hormone” because your adrenal glands release it in response to stress and when your blood sugar levels get too low.Unfortunately, in some cases, cortisol levels may become chronically elevated, which can lead to high blood sugar levels and increased fat storage in the abdomen.
In a controlled study of chronically stressed adults, the group that supplemented with ashwagandha had significantly greater reductions in cortisol than the control group. The group taking the highest dose had a 30% reduction, on average . Ashwagandha supplements may help lower cortisol levels in chronically stressed individuals.

12. Ashwagandha can Boost Testosterone and increase Fertility in Man

Ashwagandha supplements may have powerful effects on male hormone levels and reproductive health.In a study of 75 infertile men, the group treated with ashwagandha had an increase in sperm count and motility. Ashwagandha helps increase testosterone levels and significantly boosts sperm quality and fertility in men.
It is consumed by men to enhance libido and is also recommended as a medicine for erectile dysfunction. However, it should be used for ED only under the recommendation of a professional medical practitioner.

Research conducted by Thiagarajan et al. has showed that the antioxidant and cytoprotective properties of Ashwagandha were ideal in fighting cataract disease.

Ashwagandha stimulates DHEA, which is a precursor to both testosterone and estrogen and stimulates the production of natural skin oils. It also promotes the production of vital compounds and proteins for healthy skin such as hyaluronan for skin hydration, elastin to keep the skin supple and collagen for skin strength. For glowing skin, you can also use Ashwagandha as a toner with dried ginger and lemon

15. Ashwagandha is Healthy for Hair

Used in shampoos, Ashwagandha is believed to help improve scalp circulation and strengthen the hair, as well as help get rid of dandruff. It also appears to stimulate production of melanin, the pigment responsible for the colour of your hair. So, it may actually reverse greying of hair. And if that wasn’t enough, it also helps deal with hair loss.

NOTE–: Doctors advise caution while using Ashwagandha because it could interact with regular medications, especially for those who are suffering from diseases like diabetes, hypertension, anxiety, depression, and insomnia and in pregnancy.