Brahmi is a therapeutic herb, generally found in muddy wetlands and native to India, enriched with many bio-chemical compounds such as Brahmine, Herpestine, flavonoids, saponins, sterols, alkaloids, Betulic acid, stimastorol, betasitosterol, bacoside, and bacopasaponins. In Southern India brahmi reffers to Bcopa Monnieri and Northern India, it is reffers to Centella Asiatica that is commonly known as brahmi. This Ayurvedic medicine is used as aphrodisiac, memory booster, boosting health and tonic for many ailments. Bacopa is an edible plant, has small oval leaves, which are succulent. Its fruits are oval and sharp at the apex.

Bacopa, called Brahmi in south India, also known as Water Hyssop and Herpestis monniera, is a creeping perennial plant with small leaves and purple flowers found in warm wetlands. It is native to India, but commonly grows in the United States.

There are certain valuable alkaloids and triterpene saponins found in brahmi that have strong effects on the body, in addition to many other organic compounds and volatile constituents. Brahmi is commonly used fresh as a salad ingredient, but the herb can also be dried and ground and used as any other herb. The leaves (2-3 per day) are often chewed by people as a general tonic, almost like a vitamin supplement. The flavor is relatively mild, but the real reason for using brahmi is for the impact that it has on human health.

This Indian Ayurvedic herb is known for multiple health and medicinal benefits. Some of its important benefits and uses are given below:

Brahmi affects the hippocampus part of the brain, which is responsible for intelligence, memory and concentration. The powder of Brahmi will be also beneficial for hyperactive children (ADHD). The leaf of the brain show similarities with cerebellum thus helps in memory and concentration. some research has shown the compounds in Brahmi to positively influence brain cells that prompt the regeneration of brain tissue.

brahmi are known to rejuvenate the mind, enhance memory, improve concentration, and to directly influence the quality of consciousness

The antioxidants contained in brahmi are essential for promoting a healthy lifestyle. Antioxidants can eliminate free radicals, the dangerous byproducts of cellular metabolism that can cause cells to undergo apoptosis (cell death) or mutate into cancerous cells. These free radicals affect everything from our skin to our cardiovascular system, so a regular dose of brahmi in a daily or weekly diet can help maintain a high quality of life and a healthy metabolism. Antioxidants also prevent certain types of cancer; research is ongoing into the direct pathways that brahmi’s components take to prevent or slow the spread of cancer. There is one particularly dangerous toxin, called acrylamide, which brahmi has specifically shown resistance to, acrylamide is connected to neurodegenerative diseases. The herb has also been shown to enhance antioxidant activity in other organs, like the kidneys.

Brahmi acts as a stress buster and mood elevator by the decreasing the level of cortisol hormone, which is the main culprit for stress. Brahmi acts as adaptogen by adapting the stressful conditions. Taking the tea of Brahmi-Tulsi eases to cope up rough times.

The leaves of the brahmi plant can be chewed (only 2-3 at a time) in order to relieve stress and anxiety. The active ingredients in brahmi can effect hormonal balance in the body and positively impact the balance of stress hormones in our body, thereby inducing a calm, relaxed state in a natural way, avoiding the side effects of traditional pharmaceutical options for stress and anxiety relief.

One of the most prized benefits of brahmi is its ability to stimulate the mind, particularly in terms of memory and concentration. It has long been used in Ayurvedic medicine to increase focus and increase retention. Some of the organic compounds in brahmi stimulate cognitive pathways in the brain to boost cognitive ability.

Closely related to that first benefit of brahmi is the second – its ability to reduce the onset of cognitive disorders as we age, such as dementia and Alzheimer’s disease. Research has shown brahmi to be an effective way of stimulating the creation of new neural pathways and lowering oxidative stress in the brain, which keeps our minds sharp well into our old age.

When the leaves of the brahmi plant are rubbed topically on affected parts of the body, the compounds released can reduce swelling and eliminate irritation, as well as inflammation inside the body as well. This is ideal for people suffering from arthritis, gout, and other inflammatory conditions. 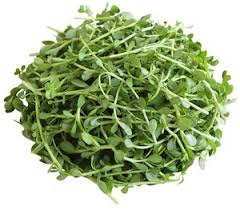 When brahmi is brewed in a tea or chewed as normal leaves, it can seriously boost your respiratory health. It has been used in Ayurvedic treatments for bronchitis, congestion, chest colds, and blocked sinuses. It can clear out excess phlegm and mucus and relieve the inflammation in the throat and respiratory tracts to provide you with rapid relief.

When consumed in any form, tea, leaves, or otherwise, brahmi can give the immune system a necessary boost. The small amount of nutrients is supplemented by the antioxidant compounds to increase the response time of our immune system against pathogens, viruses, or bacterial infection.

Brahmi oil has refreshing effects on mind, used as mental tonic that helps in focused concentration, increasing memory power, mental alertness, amnesia and Alzheimer’s. In fact, Brahmi has nitric oxide, which has positive impacts on the brain functioning and mental clarity.

Brahmi has been shown to increase the utilization of nitric oxide in the body and also appears to encourage vascular muscle function, two benefits that positively influence normal blood pressure. While promoting normal blood pressure is not one of Brahmi’s most well-known uses, the herb may still provide a valuable, natural approach to those seeking this benefit.

11. Brahmi’s use for Epilepsy Treatment

Brahmi (Bacopa) has been used since long times as neurological tonic and cognitive improvement. It is used in curing of neurological problem (epilepsy) when taken along with Vacha. The chemicals bacosides A and B improves neuro-transmission among brain cells. They help to repair damage neuron too. Its chemical properties mitigates neuro-degeneration.

The leaves of brahmi have been used as a treatment against epilepsy for thousands of years. This is thought to be due to the effect brahmi has on neural pathways, and it helps to prevent epileptic fits, as well as other forms of mental disease, including bipolar disorder and neuralgia.

In low blood sugar level, you can intake brahmi in any form. In some research studies, brahmi has been linked to increased blood sugar levels, so depending on your particular symptoms of diabetes, brahmi may be able to help improve your hypoglycemia and allow you to live a normal, healthy life.

Brahmi is a sedative and soothing herb, as well as anti-inflammatory and may help in providing relief from gastrointestinal conditions such as ulcers etc.

The brain is not the only organ that benefits from Brahmi’s health-promoting compounds. The liver is the body’s main detoxifying organ, and studies suggest Brahmi may be useful for encouraging liver function from toxin damage.  With the daily onslaught of toxins in our environment and food,  So many seek safe, natural compounds  of brahmi that support proper liver function.

When it comes to newborn infants, low blood sugar (hypoglycemia) can result in serious and immediate brain damage, inducing future motor and cognitive impairment. Studies have found bacosides to be highly-active compounds that exhibit neuron-protecting effects in hypoglycemic infants. Therefore, many researchers believe that Brahmi extracts may be effective for protecting newborn brains against hypoglycemia-induced brain damage.

Doctors prescribe (and sometimes over-prescribe) opioids, like morphine and oxycodone, for pain management. Although these drugs are effective, their highly-addictive nature is a massive downside. Seventy-seven percent of chronic pain patients also suffer from depression and face an added risk of addiction. Researchers have discovered that bacosides (compound of brahmi) may be helpful for enhancing the benefits of morphine while reducing the “high”, thus decreasing the risk for dependence.  Studies indicate that bacosides (compound of brahmi) offer protective benefits for organs commonly affected by opiate toxicity.

Any illness or irritation can cause redness and swelling in the body. No location more dangerous than the brain. Brahmi may be helpful at fighting this. Research supports its use for managing systemic redness in the brain caused by the body’s autoimmune response . Much of the research is ongoing; however, the emerging data offers hope for new therapies in the treatment of chronic discomfort and redness.

The presence of amyloid compound in neurons is responsible to brain damage and augments Alzheimer’s disease.  The bio-chemical bacosides compound in Brahmi influences the brain cells and helps in re-building of brain tissue.

Massaging the scalp with Brahmi oil helps to overcome sleep disorder, which leads to cure depression, anxiety, tension and stress. It is recommended that a person is suffering from such negative domains of health should massage his head every night with this oil. It is helpful with hyperactive children too.

The bacosides in brahmi are said to sharpen cognitive function by improving transmission of nerve impulses, which makes it promising for the treatment of ADHD. Attention deficit/hyperactivity disorder (ADHD) often begins in childhood and is a chronic condition that involves attention difficulty, hyperactivity and impulsiveness.

It makes sense why it would be helpful for the symptoms of ADHD. Bacopa creates a sense of calm and peace, which is very helpful for the hyperactive and impulsive tendencies of those with ADHD. It also has a unique ability to invigorate mental processes while reducing the effects of stress and nervous anxiety, which is a perfect combination for an ADHD sufferer’s attention difficulties.

If you want to speed up wound healing and disinfect the skin at the same time, spread brahmi juice or oil on the affected area. It can reduce the appearance of scarring and leave you with smooth, healthy skin enriched with its natural essential oils.

The presence of antioxidants in the Ayurvedic herb help to dispel toxins from the body, especially from the epithelium layer thus improves skin complexion and stimulates skin cell regeneration. It is also good for inner skin that lines the digestive tract, which support the functions of healthy microbes. Brahmi is used in treating of psoriasis, eczema, abscess and ulceration

Applying this oil on the scalp is good to strengthening the hair follicles. Its massaging is beneficial in checking dandruff, itchiness, formation of split ends and flakes.

Brahmi oil is rich in bio-chemical compounds in the form of antioxidants. The massage with this oil treats temporary or permanent baldness.

Brahmi oil (made with either bacopa, gotu kola, or both) can be applied to the exterior of the body to promote healthy skin, proper healing, and freedom of movement in the joints. It may also be massaged into the scalp to support healthy hair growth and to encourage any of the many benefits brahmi offers the brain, the nervous system, and the mind.

A paste of brahmi (again, made with either bacopa or gotu kola) can be applied to the exterior of the body to promote healthy skin, and comfortable movement of the joints.

Brahmi is considered safe when taken as directed and under the supervision of your health-care provider.  Brahmi can cause nausea, dry mouth and muscle fatigue. Do not take brahmi if you are pregnant or nursing. Women taking oral contraceptives or hormone replacement therapy should not take brahmi, as excess estrogen interacts with this herb, causing a temporary hearing loss. Don’t take brahmi if you have a thyroid disorder, as brahmi can increase thyroid hormone levels and interfere with thyroid medications. One should avoid using it while taking birth control pills and should not too much consume.

Note–Results may vary, if you have a severe medical condition or health concern, please consult your physician.